6 Most Powerful Guns You Can Buy Right Now 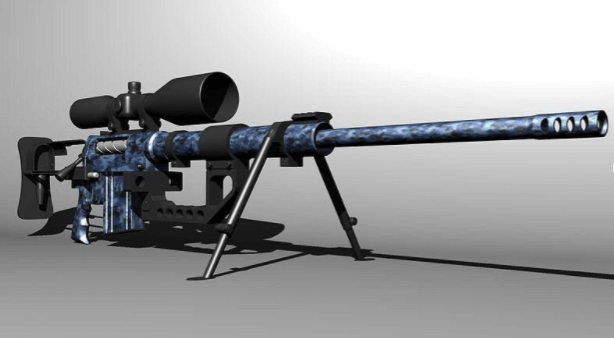 6 Most Powerful Guns You Can Buy Right Now

There is something about having the biggest, baddest, most powerful gun on the shooting range. Maybe it’s the bragging rights or a sense of being someone special. Many Americans think that the biggest gun one can legally buy is the Barret .50 Cal. However, while it is certainly a powerful gun, it is far from the most powerful gun you can buy today. If you have the commitment and money, you can get hold of some insanely powerful firearms. Here in this article, we will be listing down 6 of the most powerful weapons guns you can buy right now.

Provided you have the money and the patience to go through the complicated paperwork, you can legally own a weapon so powerful you can shoot down a small plane with it. We’re not joking here, the Anzio 20mm rifle packs muzzle energy of 22,000 ft⋅lbf (Nearly 5.85 times as powerful as a rifle chambered in .600 Nitro Express rounds) and fires the same bullets used by most U.S attack aircraft.

It’s a big, big gun. With its size, power and caliber, it would make more sense to call it a cannon rather than a rifle but sure such a firearm can come in handy in case you need to defend your home turf against a tank or an attack helicopter. If the Barrett .50 Cal was the Rock, the Anzio 20mm would be Andre the Giant.

You can also take it to the range and show off but just remember to take its recoil very seriously while firing as its no laughing matter. Plus, shooting it can be a bit expensive with a standard 20mm Vulcan round costing about $27 apiece.

Country of Origin: The United Kingdom

Need a gun that can down a bugler hiding behind a 2-feet thick concrete from a mile away but don’t want to go through tons of paperwork to do it? Well, the Accuracy International AX50 is just the gun for you. Manufactured across the Atlantic in the United Kingdom, this massive beast of a rifle can fire accurate shots from more than a mile away and packs in a muzzle velocity of 2,953 ft/s.

Inheriting all the positive attributes of its predecessor, the AW50, and vastly improving upon them, the AX50 is overall an exceptional high-powered rifle – highly durable; requiring relatively little maintenance and designed to operate in the harshest of conditions. It is one of the most powerful sniper rifles on the market right now, with only anti-material rifles capable of boasting more firepower. It can be yours for the price of a small car.

Country of Origin: The United States of America

What? A fully automatic machine-gun being legal to own?! Are you crazy? Yes, we here at Detroit Ammo are completely crazy for guns but regarding this specific firearm, yes, it is legal to own by civilians, provided you have gone through the required paperwork and the gun is a pre-1986 production. (INSERT LINK: Facts About U.S Laws You Should Know)

The Browning M2 is as American as a gun can get with an illustrious nearly century-old history, having served in World War 2, the Korea War, the Vietnam Conflict and both of the Iraq Wars. It is a very powerful firearm, firing around 800 rounds of freedom per minute, all packing a muzzle energy of some 13,000 ft.lbf. With such firepower, you can probably hold your own in a well-placed position against a whole battalion.

Of course, the biggest challenge in acquiring this machine gun would be finding someone willing to part with it. And if you do find someone, the price tag they would demand won’t be any small sum. Furthermore, since all makes you can purchase are decades old and in finite numbers, it would probably not make much sense to take it out for practice at a range in the risk of causing damage to it. Buy this as an investment as it is bound to appreciate in value even more in the coming decades.

The Barret .50 Cal effectively revolutionized the field of sniping in the military.

The iconic Barret M107 and its predecessor, the M82, is probably the most accessible high-powered firearm you can gain possession of. In most US states, it would be available at most reputable gun stores and you won’t have to go through any complicated legal hurdles to own it.

The gun effectively revolutionized the filed of sniping by adapting a high caliber bullet into precision rifle platform. Not only that, its design singlehanded facilitated that creation of an entirely new category of weapons. Thanks to its excellent firepower, reliability and durable built, it has found customer in over 60 countries worldwide.

Compared to many of the other guns on our list, it is also one of the more affordable, with a unit costing between $10-13,000 dollars. The newer M107 is sometimes referred to as the Light Fifty, for its lighter weight and a more manageable recoil (it should be noted the M82, for its size, already had an appreciatively suppressed recoil).

Fun Fact: The M82 is also the official state rife of Tennessee.

Simple, powerful and reliable, the TAC-50 is a terribly under-rated firearm.

Simple, powerful and reliable, the TAC-50 is a terribly under-rated firearm. The gun is effective against both enemy vehicles and personnel. It has been notably used by the United States military and allies against militants in Iraq and Afghanistan. It’s a highly versatile weapon with plenty of aftermarket accessories available. The base weapon comes with an adjustable fiberglass stock and an excellently designed receiver, both of which do a terrific job at managing the gun’s otherwise hefty recoil.

While its official effective firing range is shorter compared to many of other firearms mentioned here, it is with this rifle that 3 of the five longest shots were made using this rifle. The record-breaking shot with it was made very recently by a Canadian sniper in Iraq. He downed an ISIS fighter from nearly 2.3 miles ways. At that distance, a sniper would have also had to account for the curvature of the Earth in making his shot.

The Intervention hold the world record for best group shot at a distance.

This futuristic-looking weapon boasts one of the furthest effective range of any modern-day sniper rifle, at an astonishing 2,734 yards. In fact, it actually holds the world record for best group at a distance, hitting 3 bullets within a mere 16.625 In of each other at a target 2,321 yards away – that’s scarily accurate!

The rifle is chambered in .408 Caliber, which packs a muzzle energy of 8,373 ft⋅lbf, which isn’t as impressive as that of an M107 but still quite powerful.

Fitting its looks, the weapon system is quite sophisticated, with a free-floating heavy-fluted barrel and a patented McArthur PGRS-1 muzzle brake that drastically reduces recoil. It also features a collapsible and retractable buttstock for both allowing greater comfort while firing as well as making the gun easier transport and store.

Not surprisingly, the gun is used by special forces of many countries such as the British SAS and the Polish GROM. Strangely enough, despite being manufactured in the US, the sniper rifle is not used by any branch of the US military. Civilian owners of this gun should be aware that the special manufacturer’s cartridge it is chambered for may not be easily available at all gun stores.

Yes, here in America, civilians too can own a personal military howitzer and it is completely legal under U.S federal law. However, again the reason you won’t see it around is because of the sheer amount of paperwork involved, the waiting time for transfer which can take a year or more, and then there is the issue of an actual sale taking place for such a thing which is not common. Oh, and you will also need a lot of money; you can probably buy a new Ferrari for cheaper than this bad boy.

However, once you have finally acquired it, you still can’t shoot with it. Each round is itself classified as a Destructive Device, which means you will have to go back to filling out the paperwork and the expenses it incurs for each piece. In addition, there would be the maintenance cost of keeping the lumbering beast in good order, which is probably a lot more than what most American civilians would want to afford. But, if you are rich enough, there is no better way to impress your colleagues probably.

Sure, there were plenty of guns that we didn’t include on our list but that was deliberate, we didn’t want to make a list of mentions that, while legal, are rare and impossible to come by. This includes many anti-material rifles that are internationally manufactured. We also wanted to make the list a bit diverse rather than just write down a bunch of Title II Weapons that may not be accessible in practice to every American.

We hope you found our article both fun and informative to read. Be share to share it with gun enthusiasts in your circle who may also find it worthwhile reading. If you have any opinion regarding this article or just want to share your experience with any of the guns mentioned here, feel free to do so in the comments below.