Changes in American Gun Reforms during the Pandemic

Posted May 27th, 2022 in Changes in American Gun Reforms during the Pandemic

Changes in American Gun Reforms during the Pandemic 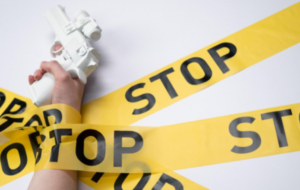 For the past couple of months, an increase in the number of gun crimes has resulted in a great debate between gun rights and gun reform campaigners. Furthermore, the number of gun owners has increased since the pandemic started in 2022. These trends can directly impact American gun reforms in the US.

Last month, in a show Hosted by Femi Oke on Al-Jazeera, the founder of Black Guns Matter, Mr. Maj Toure, was invited to speak about gun ownership. He says that according to FBI statistics, violent crimes in the US have been on a decline in the last two decades. He believes that the recent increase in cases of gun violence has impacted the lives of the Americans, and it has also created major concerns. He also believes that one way to address these concerns is by educating the people, through conflict resolution and de-escalation, while preserving the right to self-defense.

Jon Roman is a senior fellow at NORC University in Washington DC. While speaking to Al-Jazeera, he said that there has been a huge surge in the number of guns in the US. He said that there were more than 40 million guns in the US by the year 2021. He also shared some changing trends as far as gun ownership was concerned.

Jon stated that one in five households have had a gun for the first time. Moreover, since the pandemic started in 2020, the new gun owners are getting younger, and more and more people of color own guns. He said that the change in demographic will directly impact America’s gun policies.

Philip Smith is the national president and founder of the National African Gun Association. According to him, the reason why so many people of color and among them youngsters are picking up guns is due to a change in narrative. While commenting on the stats quoted by Jon Roman, Philip Smith said that people of color no longer look at guns as something bad for people of color. He also said that the younger generations believe that guns are crucial to their safety, as well as to the safety of their households.

David Muhammad is the executive director of the National Center for Criminal Justice Reform. He said, in the same show, that since the beginning, the US has had a particular obsession with firearms. He added America is very different compared to how it was when the constitution was written or when the bill of rights was passed. Furthermore, he said that most gun owners are in favor of common sense and gun safety as far as gun ownership is concerned. By common sense, he meant limiting the size of the magazines, universal background checks, and carrying weapons that are unnecessary for hunting or self-defense.

Studies have shown that more than 50% of Americans support gun reforms, while the urgency to act on these reforms is increasing ahead of the summer months when gun violence increases. Some people also believe that the Republicans might just lose their legislative majorities in the coming midterm fall elections. On the flip side, if the Republicans come into power, they are most likely to relax gun laws.

President Joe Biden has enacted a couple of fire reforms via executive order. These reforms have regulated the sale of ghost guns made with kits. However, some other measures like background checks, banning of high capacity magazines, and ending the civil liability immunity of the firearm industry needs action from the congress, which is reluctant at the moment.

If you want to know more about American gun reforms, feel free to visit our website today. We are an ecommerce business that sells ammo and gear. We also publish regular blogs to educate our customers on the latest news from the Ukraine and Russia crisis. Feel free to get in touch.