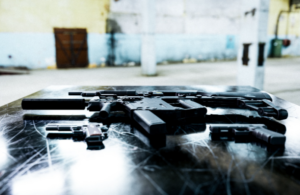 Did you know that according to research, the leading cause of child fatalities in America is not sickness or car crashes, but rather guns? The recent mass shooting in Uvalde horrified the world, killing 19 innocent children and two elementary school teachers.

The president of the United States has stressed tighter regulations on firearms ownership since the tragedy in Uvalde, emphasizing the danger it poses to children. Mass shootings have increased from churches to subway stations to schools. Every other day, we hear about some mentally ill individual opening fire on innocent people.

Unfortunately, a small percentage of those who buy guns have mental health issues or violent inclinations. Sellers cannot accurately identify whether a person is responsible and sane enough to carry a weapon even after background checks.

The relatives of the mastermind behind AR-15 claim that he would have been horrified to learn that weapon he created was being used to murder children and other innocent citizens. His aim when making this weapon was for it only to be used in military settings.

As per the findings of Gun Violence Archive, an organization that keeps track of incidents of shootings throughout the country, starting in January, around one hundred and nineteen individuals have been killed in the United States daily. This data also includes the suicides committed with the help of guns.

However, following that tragedy, several weapon dealers noticed a significant increase in demand for firearms, despite their attempts to minimize rifle sales and establish stronger background checks. So, what is the reason behind increased demand for guns after mass shootings?

The primary reason for the increased demand for guns after mass shootings is that people are concerned about their and their loved ones’ safety. They begin to believe that the state is not

doing enough to protect their lives, so they decide to take matters into their own hands by purchasing firearms.

As reported by the FBI, there have been roughly four times as many gun-related fatalities in children in America in the previous 20 years than there have been in police-related combat or the military collectively.

Advocates for stricter gun laws believe stricter legislation, age limitations, and stringent background checks are the solution to stopping all kinds of gun violence. However, gun supporters believe a greater emphasis on mental health and crime prevention is the best way to secure our country. Which side are you on?

If you want to learn about the most recent developments in the gun world and changing gun legislation, follow up and visit our blog occasionally as we post new content regularly to keep our readers updated on global affairs. While you’re here, check out our weapon accessories and ammo selection.