Is Ukraine the New Chechnya for Russia?

Posted Apr 15th, 2022 in Is Ukraine the New Chechnya for Russia?

Is Ukraine the New Chechnya for Russia? 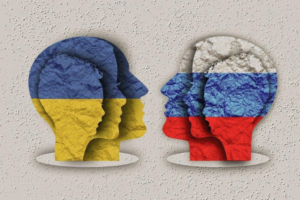 On the 29th of March 2022, Tumso Abdurakhmanov was interviewed by Al Jazeera. The topic of this conversation was the ongoing conflict between Ukraine and Russia. Tumso Abdurakhmanov is a survivor of two Chechen wars, and a great authority on drawing historical parallels. He is also a blogger who likes to critique Ramzan Kadyrov, the Chechen leader. Tumso left Chechnya after receiving threats from Ramzan’s cousin Islam. Here are some of the questions asked by Al Jazeera.

Was the Attack on Ukraine Unexpected?

According to Tumso, the attack was unexpected. Until the very end, it was thought that Putin was using intimidation as a weapon. However, on February 24th, war broke out. It was a surprise not only for Tumso but also several other people.

What Are Putin’s Motivations?

Putin wants the restoration of the Soviet Union. Putin still considers the demise of the Soviet Union a great catastrophe in Russian history, and he would do everything in his power to restore it to its former glory. Tumso also called Putin an imperialist who wants all previously Soviet countries under his belt.

He also refuted the claims that Russia imposed war on Ukraine out of security concerns. It is said that if Ukraine Joins the NATO coalition, missiles will be deployed closer to Russia. According to Tumso, such claims are but non-sense. Estonia and Latvia are already part of NATO. If they were to fire rockets at Russia, it wouldn’t take much longer than it would take if the same rockets were fired from Ukraine.

Is the Idea of Russian Imperialism Popular at Home?

According to Tumso Abdurakhmanov, the idea of Russian imperialism is very popular in Russia. He also reveals that the less educated masses welcome the idea of being great, strong, and dominant. However, the educated people and the intelligentsia fall less for this idea of supremacy. He also used the term “Ruscism,” which is an amalgamation of “Russia” and “fascism,” to explain what Russia is suffering from at the moment.

Is Ukraine the New Chechnya?

Tumso doesn’t have much idea about Kyiv. However, he does say that Mariupol looks like Grozny during wartime. He also says that this was a natural outcome since the Blitzkrieg to invade Ukraine failed. What Putin is doing at the moment will eventually exhaust the Ukrainians and make them surrender.

However, he also says that Ukraine has the power to bring down the jets, while the Chechens had no other option but to hide. The Chechens didn’t have any armored vehicles or artillery during the Chechen war. Whatever arms they had were either taken or purchased from Russia.

How Will the War End?

Either the Russians will win, or they will have to pull their troops back. Tumso says that if Ukraine continues to receive the same foreign support, they will find it easier to resist, or they can also go into a counter-offensive. In the end, he said that it is too early to predict what will happen next. Either Ukraine will successfully drive out the Russians, or there will be a third world war. We can also wake up to find out that Putin has died due to a heart attack. Only time will tell.

To find out more about the Ukraine-Russia conflict, please log onto https://detroitammoco.com/. We deal in ammo and gear and have a keen eye on the world’s battlefields. You can read our blog to learn more about the latest developments in the gun markets of the world.