The 5 Best Rifles Ever Produced 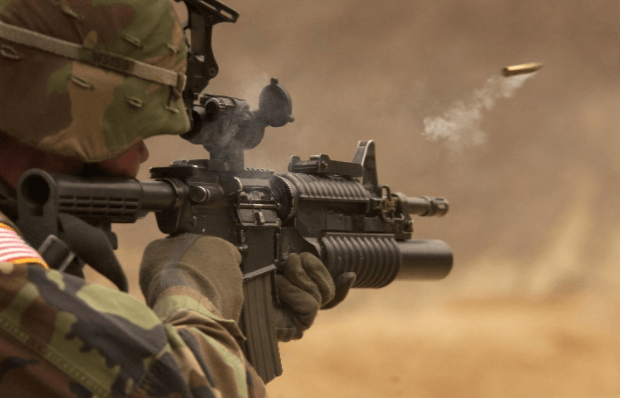 The 5 Best Rifles Ever Produced

The rifle is a weapon that was given rise by the advent of modern warfare, where fire accuracy and range presented a critical advantage. From its popularization since the end of the Napoleonic war, the rifle has become the main combat arms of all militaries as well as the most preferred weapon among civilians for both hunting and self-defense. In this article, we’ll be listing down 5 of the best rifles ever produced in history.

Described as the “the greatest battle implement ever devised” by General George S. Patton, since its inception, the iconic M1 Garand has seen service in virtually every major war you can think of. It is widely considered the first standard issued semi-automatic rifle in military history.

A higher rate of fire without much compromise to range afforded it a distinct advantage over other rifles of its time. Aside from that, its high durability, low cost of manufacture as well as its simplicity in design made it a very effective battlefield rifle.

Its entry completely revolutionized infantry arms and tactics as well as significantly spurred the development of semi and fully-automatic infantry weapons. While decommissioned in the US military since the late 1950s, it is used today in drill teams and military honor guards as well as for recreation and hunting by civilians.

Place of Origin: The Soviet Union

There is hardly anyone alive today that doesn’t know of the Ak-47. Designed as a cheap mass-producible intermediate rifle for the average Soviet foot soldier, nobody at the time would have imagined the kind of impact the gun would have in the history of small arms.

With around 200 million copies built, there is no other rifle out there that has enjoyed such a level of success. It’s hard not to appreciate the weapon – it’s a time-proven design; a rifle that’s lethal, simple to maintain and works reliably even in the harshest of conditions. Some weapon commenters have dubbed the AK-47 as the prototype on which all modern assault rifles have been based on.

Even seven decades after its inception, the AK-47 remains the most popular rifle internationally, with its availability in virtually every jurisdiction and it still accounts for the highest proportion of any firearm in circulation today.

The ArmaLite AR-15 was designed in response to the superiority enjoyed by the Soviet AK-47 against the existing American standard issue, the M14. It filled in the gap between the more high-powered but heavier M14 and the lighter but underpowered M2.

However, its adoption within the military remained problematic with plenty of opposition among both soldiers and army officers. Nonetheless, the army was soon to relent and the AR-15 military variant, the M16 become the standard issue for jungle operations. At the same time as its mass adoption in the U.S military, its manufacturer Colt also introduced a semi-automatic version for the civilian market.

Aside from its well-balanced design – packing a good mix of firepower, simplicity, and ease of operation – the main hallmark of the rifle is its highly modular nature. The weapon system is highly configurable, easily being converted to a different type of firearm. This gives a distinct military advantage as the rifle can be quickly tailored to address an immediate need as well as reduce the logistical requirements of having to carry different firearms.

Developed too late to make any impact on the tide of the war, the StG 44 nonetheless was a turning point in the history of modern firearms, bring a level of firepower previously unheard of in the hands of an average infantryman. It was designed to fill in the intermediate niche left behind by the much shorter-ranged but quicker firing machine guns and the longer-ranged but slower firing battle rifles.

The StG 44 is considered the first mass-produced assault rifle, offering both a long range and a high rate of fire. It’s reduction of the muzzle impulse to get a higher performing rate of automatic fire was probably the single most important advancement in gun design since the advent of smokeless powder. It, along with the American M1 Garand, served as the inspiration between the design of the iconic Ak-47 and by extension, virtually all modern assault rifles.

In fact, no military or government even requested for such a gun to be designed, its inventor built it for the sole purpose of seeing if he could create a semi-automatic rifle that could chamber the powerful .50 BMG ammunition. The innovation that lead to a breakthrough was a backward recoiling barrel. This not only greatly mitigated the gun’s recoil but also recycled the action and automatically loaded in a fresh round for firing.

Following the launch of Operation Desert Storm, the United States government took an interest in the rifle and ordered 125 of it for the Marine Crops. The gun proved to be a huge success on the field and orders from both the Army and the Air Force soon followed afterward.

Which rifle do you think was the best rifle ever produced in history? Share your thoughts with us in the comments below.