The Second Amendment: It’s Not Ambiguous! 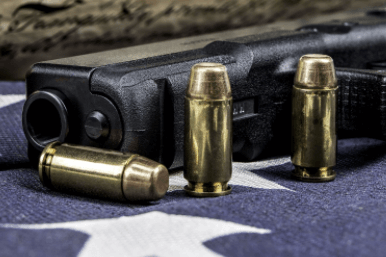 The Second Amendment: It’s Not Ambiguous!

A big part of the anti-gun rights argument is that the meaning of the Second Amendment of the U.S. Constitution is subject to interpretation. Here’s what the amendment says, verbatim:

“A well-regulated militia, being necessary to the security of a free State, the right of the people to keep and bear Arms, shall not be infringed.”

Any grammarian could interpret this only one way. If the Founders had wanted to proclaim that individual gun ownership would be limited to members of a “well-regulated militia”, they would have worded the amendment differently, let’s say like this:

“The right of the people to keep and bear arms shall not be infringed, provided those people are members of a well-regulated militia.”

But anti-gun activists have interpreted the Amendment to mean the latter. Some have even used snippets of quotes from Alexander Hamilton to buttress their argument that Hamilton himself would have only approved of gun ownership under the condition that the gun owner be a member of a militia, which in their view today means the National Guard.

What About The Military?

It should clear to anyone without a political agenda that the Founders envisioned a land wherein individuals had the right to arm themselves for self-defense, whether against other individuals or against government oppression. However, anti-gun rights activists (actually, anti-gun activists if we want to be brutally honest) insist that the existence of a powerful U.S. military renders private gun ownership unnecessary, and that’s what the Founders would have wanted. This is bizarre, as one reason cited for the Amendment by the Founders themselves was to provide a means for citizens to protect themselves in the event a tyrannical ruler used the military to oppress the citizenship. Remember, they had just emerged from fighting and defeating King George III of England to win independence.

We often cite Alexander Hamilton as a key figure in the formulation and defense of the Second Amendment, but he is not the only Founder who believed that disarming the citizens of the new nation would be injurious. Thomas Jefferson, in his tome titled “Legal Commonplace Book,” included a quote from 18th Century Italian Criminologist Cesare Beccaria, which, roughly translated from Italian declares:

“Laws that forbid the carrying of arms … disarm only those who are neither inclined nor determined to commit crimes. Such laws make things worse for the assaulted and better for the assailants; they serve rather to encourage than prevent homicides, for an unarmed man may be attacked with greater confidence than an armed one.”

Note: This is condensation and paraphrasing of a much longer quote from Cesare. To verify the accuracy of the condensation, you can see the actual quote here.

Many of the arguments against private gun ownership argue that the Second Amendment was meant to legalize the collective ownership of arms, not individual ownership. This is a bizarre notion at best, especially since they believe that this collective ownership refers to a government-controlled entity like the National Guard. But if the Founders wanted to limit gun ownership to organizations under government control, why didn’t they explicitly say so? And is it really realistic to believe that the Founders would have wanted to replace control by an outside force like the British army with a domestic force?

When you think about it, it’s a bit confounding to realize that those who promote the idea that gun ownership should require membership in a well-trained and well-regulated militia rarely hesitate to condemn and oppose police officers.

The anti-gun rights movement is not about safety, it’s about strict control by a super strong and super-sized central government. And that’s the thing our forefathers feared most.

« 5 Facts About U.S Gun Laws You Should Know
Back to Blog