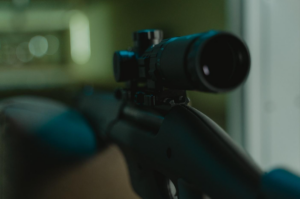 The latest law bans firearms from public places and demands that anyone applying for gun licenses demonstrates their shooting skills and provides their social media profiles for inspection by state authorities.

The bill was approved after a historic US Supreme Court decision eliminating New York’s stringent gun-licensing regulations. First time in history, the court ruled that a person was allowed to carry a gun in public for self-defense. Democrats in New York criticized the decision and the court, arguing that gun-related crime would increase if more individuals had firearms.

The proposed firearm safety legislation in New York City identifies Times Square as one of the critical locations making it illegal for people to carry weapons there. Mass transportation, bars, stadiums, museums, protests, zoos, casinos, parks, and polling sites are other establishments where weapons are prohibited.

According to the law, entrance into any business-related or professional location shall be prohibited except if the owners post signs stating that firearms are permitted. The law makes carrying a gun in an area where it is forbidden a crime, and anyone who shall not follow will be sentenced to four years in prison.

Under the proposed legislation, anyone who wishes to carry concealed guns in public must complete sixteen hours of gun safety training. Anyone convicted of assault or another comparable offense would be disqualified from obtaining such a license, which would need to be reissued every three years.

The ban includes any personal protection strengthening the country’s recently approved prohibition on body armor. Any item considered a protective gear for the body intended to guard against bullets is banned. The ban applies to any such items worn on their own or promoted to complement some other product now prohibited under the new law.

Kathy Hochul, a democratic governor, based in New York, was the one to call for the emergency meeting of the assembly. She expressed gratitude for the state’s strict gun licensing laws. New York is the fifth state in the United States with the lowest firearm-related fatalities rate among the fifty states.

The new legislation has also reformed the process of applying for firearm ownership. It has made the process more stringent by requiring applicants to give the Feds a rundown of any of their social media accounts that they use currently and have used in the past from the previous three years.

This will enable officers to search for any signs of violent language and judge the applicant’s character to analyze if they have any violent tendencies or mental health issues. However, even though the law bans firearms from public places, it does not apply to police officers or certified security personnel.

So what do you think? Will this new law be enough to reduce the hiking gun-related deaths and violence in New York City? Keep yourself updated on the latest gun laws in the world through our blog. You can also head to our website to check out our latest ammo and gun accessories collection to stock up on any essential items.