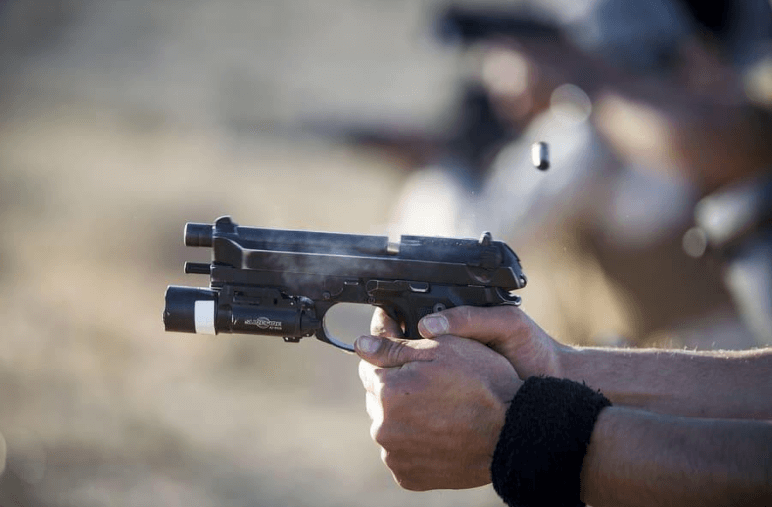 There are more than a billion firearms in circulation around the globe, of these the overwhelming majority (85 percent of the total) are in civilian hands. The United States alone accounts for nearly half of that amount (46 percent). Even on a per capita basis, the United States would remain at the top of the ranking. However, if you were curious to know what are the other top countries with the most guns per individual, we did the research and then created this ranking. Continue reading to see which ones are in the top ten.

In our research, we came across four factors that featured a high positive correlation with the rate of gun ownership. All countries mentioned below in our listing ranked high in at least three or all four of these factors.

Naturally, the higher the median income, the higher percentage of people there will be in the country that can afford firearms. 6 out of the ten countries on our list featured a reasonably high enough median income to allow most of its citizens to bear such expenses.

A more accepting belief, behavior, and attitudes towards guns and their use among civilians correlate strongly with the rate of ownership. All ten countries featured a long-established gun culture. However, what differed was the perception about the main use of firearms, with 50/50 split between the perception of it as mainly a self-defense weapon and a device for hunting and recreation.

Virtually all of the ten countries featured in the list had very permissive gun laws, making it easier for civilians to legally purchase and keep firearms.

At least with 5 of the countries on the list, a high rate of violence or at least the perception of it erupting was a common feature. Unsurprisingly, these were also the countries more likely to perceive guns as mainly self-defense weapons.

Firearms as a percentage of population: 120.5%

With the right to bear arms enshrined within the country’s constitution and gun ownership deeply ingrained in the American culture and historical identity, it doesn’t come as a surprise that the United States has among the most permissive gun laws of any country and the highest rate of ownership in the world.

Firearms sales remain largely unrestricted and with the majority of populace enjoying a relatively high income, it is not uncommon to see the procession of multiple firearms within the average household. While hunting and shooting remain a common hobby among many Americans, it isn’t the most commonly cited reason for owning a firearm. According to Pew Research, self-defense tops the list of reasons for gun ownership with nearly two-third citing it as such.

Despite an increasingly polarized political climate regarding civilian gun ownership in recent years, firearms sales have continued to trend upwards in the country.

Also Read: 5 Facts About U.S Gun Laws You Should Know

Firearms as a percentage of population: 52.8%

Just a few years after its unification, the fragile balance of power between its political elites that kept Yemen together unraveled. As a result, it soon fell in a vicious civil war and arms began to flood the country as various international powers backed their side of the conflict – the United States, Iran, and India backing the Unionists and China, Saudi Arabia, and North Korea backing the socialists.

After the end of the war, the government never really managed to gain full control over the country, having to contend with various insurgent groups opposing its rule. Rising sectarian tensions eventually led to a second civil war with more yet firearms being imported or smuggled into the country.

Most estimates today put the number of firearms at nearly 15 million in the country. Because the current situation makes it impossible to conduct any surveys, a reliable count cannot be arrived at. Likely, projecting past figures, firearms count could be as much as 90% of the total population numbers.

Firearms as a percentage of population: 39.1%

This tiny European country with a population smaller than Las Vegas is also one of the poorest on the continent as well as having its highest number of firearms per capita. Like many other Balkan countries that once formed Yugoslavia, its dissolution and ensuing civil war resulted in the increase in the number of firearms in the region.

Even after the end of the conflict, tensions remained high and as a result, so did the rate of private gun ownership. Montenegro also has one of the most gun-friendly laws in Europe and that can also partly explain why the country ranks so high on the list.

Firearms as a percentage of population: 39%

Following the end of the Yugoslavian civil war, some 4 million unregistered firearms were still circulating in the country, most of which ended up in Serbia. With a strong gun culture, any attempts to regulate firearm ownership is strongly resisted by the country’s citizens. With tensions with its neighbors still present, ownership of a gun is seen as a means of ensuring one’s safety should violence break out again in the region.

Firearms as percentage of population: 34.7

It turns out that our more peaceful Northern neighbor also ranks high in terms of individual gun ownership. Despite comparatively more restrictive gun laws, as many as 26% of Canadian households possess at least one firearm.

The prevalence of gun ownership increases among those residing in rural or smaller urban communities. The overwhelming majority of gun owners cite hunting and recreation as the main reason for the purchase of their firearms. Due to the country’s low crime rates, self-defense is a rarely cited reason.

Firearms as percentage of population: 34.7%

In a number of metrics, Uruguay ranks first in Latin America, including freedom, democracy, peace, absence of terrorism, and low levels of corruption as well as the highest rate of gun ownership. Its relative prosperity, lax gun laws, and, similar to the United States, a long-established gun culture are the main reasons behind its high rate of gun ownership.

Contrary to the claim propagated by certain narratives, Uruguay stands as a good example of why a high rate of gun ownership doesn’t necessarily correlate with high violent crime rates. Contrast it with some of its neighboring countries with far stricter gun laws but also a far higher rate of violent crimes.

Firearms as a percentage of population: 34%

Very friendly gun laws, reasonably high median income along with ever-present geopolitical tensions within the region ensure a relatively high percentage of gun ownership in the country of Cyprus. Despite the country remaining divided on ethnic lines (literally), it remains largely peaceful, featuring low rates of violence and crime as well as being virtually free of terrorism.

Firearms as a percentage of population: 32.4%

Just like in Canada, hunting and recreation is the biggest cited reason for owning a gun in Finland. While legal firearms must be registered and licensed, the country still features among the friendliest gun-laws of all high-income European countries.

However, there is also a large uncounted volume (reportedly up to more than a million) unregistered firearms circulating in the country, including fully automated, military-grade weapons. Thanks to its highly porous border with Russia, weapon smuggling remains a routine practice. If the upper estimate of these unregistered firearms were taken into the official count, Finland would easily rank second or third on the list.

Despite this, gun homicides rates in Finland are one of the lowest in the world, at nearly 1 per 100,000 people. Of all perpetrated homicides, the use of firearms only accounted for 15% of them and most of them too were obtained illegally.

Firearms as a percentage of population: 31.9%

Between 1975 and 1990, this tiny middle-east country became embroiled in a devastating multi-sided civil war. As a result, a large number of foreign arms poured into the country. Even three decades after the war, sectarian tensions still remain, peace fragile and a number of insurgent groups such as Hezbollah still continue to operate from within the country.

Unsurprisingly, the country features a high rate of civilian gun ownership with nearly 2 million legal firearms. However, the real figures could possibly be much higher if unregistered weapons are taken into account. Because of the on-going civil war going on in its neighboring country of Syria and weak border controls, smuggled weapons are fairly easy to come by.

Firearms as a percentage of population: 31.7%

Iceland is another European country with reasonably permissive gun laws and here too the most commonly cited reason for owning a firearm is hunting or recreation. Crime is almost unheard of in Iceland, with there being only being 37 murders over the past two decades.

The number of illegal firearms in the country is virtually negligible as being a remote island nation a good distance away from any volatile regions, it is very difficult to smuggle any.

As one can interpret from the list, a high rate of gun ownership doesn’t necessarily correlate with high rates of violence as indicated by the cases of half the countries within the list. Rather, looking at the cases of the other half, the opposite can be said to be true – higher rates of violence can increase the rate of ownership as a means for people to protect themselves and their loved ones.

What is the major reason why you own a firearm? Tell us in the comments below. If you enjoyed reading the article and found it informative, be sure to share it with others within your circles. While you are here, check out our store for the purchase of some quality ammunition.