Why Are More Women in America Purchasing Guns?

Posted Aug 10th, 2022 in Why Are More Women in America Purchasing Guns?

Why Are More Women in America Purchasing Guns? 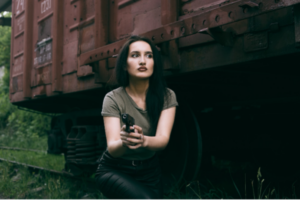 The latest trends suggest that the number of women purchasing firearms has increased. According to some preliminary data by the School of Public Health at Harvard, half of the people who bought firearms between 2019 and 2021. The data also suggests that the most guns in the future are likely to be purchased by females.

Kylie Tyler lives in Washington. Since an early age, she has been using firearms and is a huge hunting enthusiast. According to Kylie, the women who were once shocked to hear about her owning guns are not only interested in purchasing guns but some have even purchased a firearm in the past year or two.

However, this increase in female gun owners hasn’t been steady. Since the civil unrest started in the US, there have been strict background checks before the authorities could allow individuals to buy and own firearms. Despite the increasing strictness in background checks for gun ownership, the number of female gun buyers has increased.

Matthew Miller is a professor at the School of Public Health at Harvard. He says background checks for allowing concealed carry remained flat from the year 2000, all the way till 2006. However, the number of background checks began to increase after that, and in the wake of the political unrest plaguing the country, these background checks have grown stricter.

He also said that there is no federal registry to record the number of gun owners. Therefore, the easiest way to do so is by conducting background checks. However, background checks are also carried out when people need permission for concealed carry, and also when they apply for hunting licenses. Despite the effectiveness of these checks, they make it difficult for researchers to figure out which checks were carried out for first timers.

Beth Privette helps run the Women Arm Yourselves Safety program. According to Beth, one of the reasons why most women are purchasing more and more firearms is because a lot of them are living alone, irrespective of their age.

Beth also talks about the gun she has. She is now by herself, since her husband has passed away. While he was alive, he gave her a few tips on how to use it, and now she keeps the gun with her. She also says that most of her clients are women in their 60s and 70s.

Kylie Tyler also tells how she sleeps peacefully, even when her husband is away. As long as she knows she has a gun at her disposal, she doesn’t worry too much about being alone. According to Kylie, for a five feet four inches tall woman, it is extremely uncomfortable for her to not have a firearm with her.

If you want more information on guns, gear and war craft, feel free to visit our website today. Our business deals with ammo and gear. We also use our knowledge, experience and observation to publish a monthly blog on guns, gun laws, and the latest proceedings in the world of warfare. Feel free to get in touch.